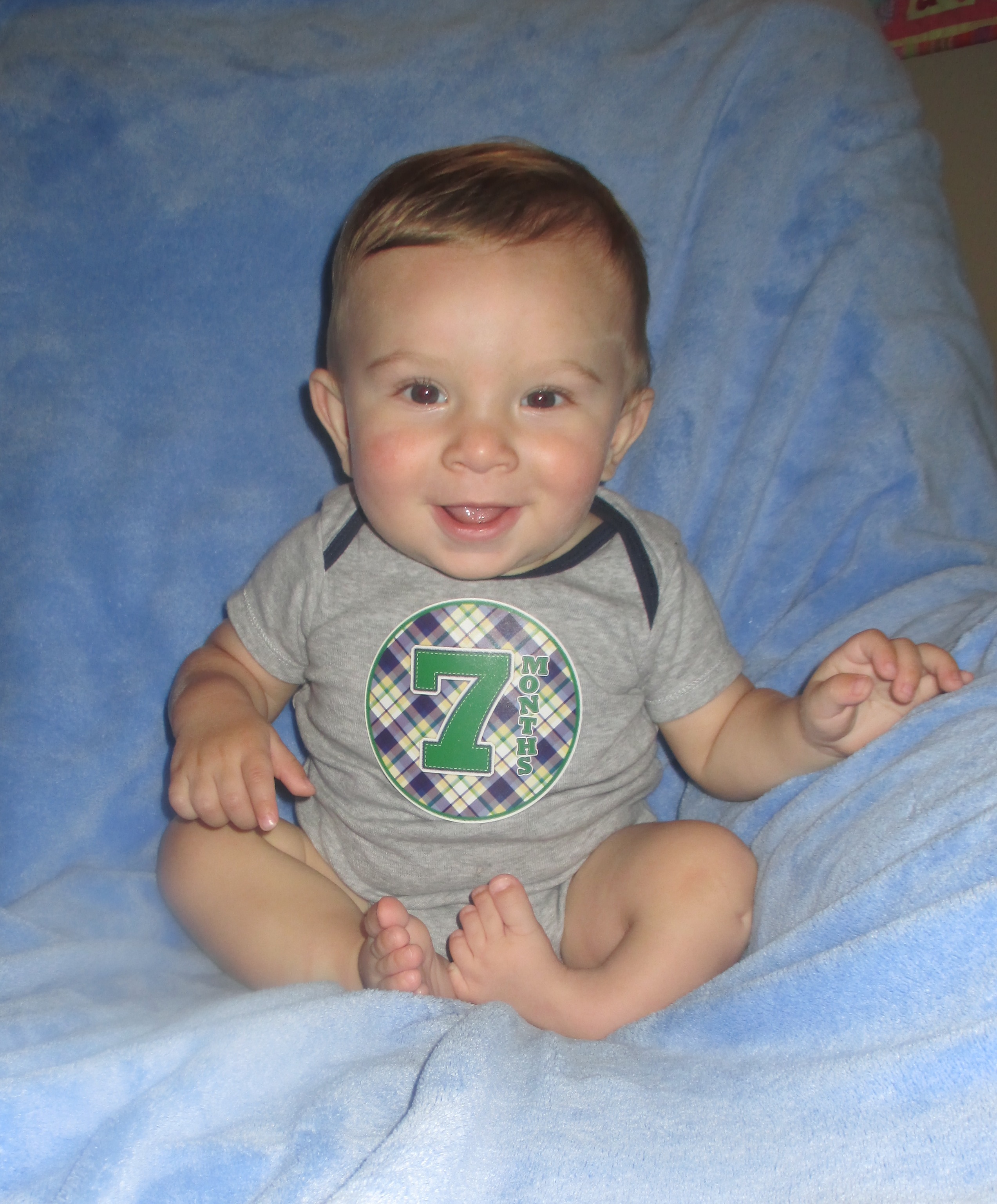 A Message from Vince’s mom  ~

Vince is amazing, smiley, determined, healthy, happy, ridiculously cute, and very lovable baby boy. He also has a rare congenital disorder called Tibial Hemimelia, occurring in 1 in a million babies. This means he was born without his left tibia, which is the large bone in your lower leg, that connects the ankle to the knee. Therefore, he has no ankle bones, and not a very strong knee. His fibula is larger than a normal fibula to compensate a little. But he has the most beautiful foot and toes I’ve ever seen. They are very ticklish, too. We found all of this out when he was 2 days old, and we were devastated. The doctor told us our options: do nothing and he will never walk, or amputate from the knee down and he will have a prosthetic leg. We’ve since seen 2 more doctors, and are so thankful for great hospitals and doctors in Minnesota! Right now we have had different opinions about where exactly to amputate.  We go back to both Gillette Children’s Hospital and Shriner’s Hospital for Children at the end of this month for 2 more opinions.

In the meantime, we have been so blessed to have met some really amazing people, one of which is a guy named Aaron, who started an organization called Wiggle Your Toes for people with missing limbs, after he was in an accident where he lost both of his legs. That organization of people welcomed our family into their group, and not only introduced us to amazing people with prosthetics, but have given us the chance of a lifetime to have a prosthetic made for Vincent as we speak. Vince will get his new leg and be able to stand on 2 feet for the first time! This will allow Vincent to stand and even walk if he wants to, before his surgery which will most likely be in the next 4-6 months. It will also give us a good idea of how strong his knee is and whether or not it can be saved and be functional. He is already crawling and pulling himself up on 1 leg, so I can’t wait to see how he does with 2!

Back to Personal Experiences »